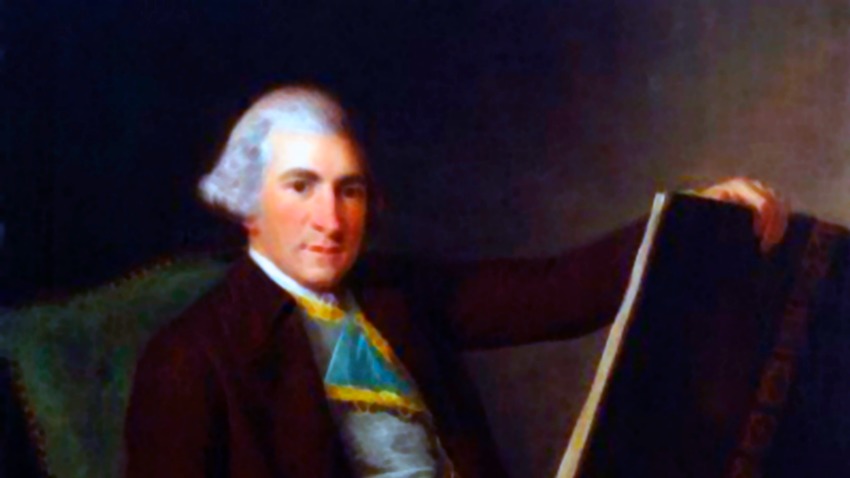 Born in Kirkcaldy, Fife, son of William Adam (1689-1748), Scotland’s foremost architect of the time, and trained under him. With his older brother John, Robert took on the family business, which included lucrative work for the Board of Ordnance, after William’s death.

He studied at Edinburgh and in 1754 he left for Rome, spending nearly five years on the continent studying architecture under Charles-Louis Clerisseau (1721-1820), French architectural draughtsman, antiquary and artist, and Giovanni Battista Piranesi (1720-I778), Italian architect and copper-engraver.

On his return to Britain in 1758 he established a practice in London, where he was joined by his younger brother James (1730-94), and here he developed the ‘Adam Style’, and his theory of ‘movement’ in architecture, based on his studies of antiquity. He succeeded in transforming the prevailing Palladian fashion in architecture by a series of romantically elegant variations on diverse classical originals and became one of the most successful and fashionable architects in the country. Jointly with William Chambers, FRS [25 Apr 1776] (1726-1796), he became Architect of the King’s Works, the latter being knighted in 1770.

One of the Adam brothers’ greatest projects was the Adelphi, off The Strand (1768-72), demolished in 1936. A large number of examples of their work, joint and several, can be found in England and Scotland, including Harewood House, West Yorkshire (1759-71), Home House, Portland Square, London (1777-before 1784), and The Register House, Edinburgh (1774-89). Many of thee stately homes designed by them are now in the ownership of The National Trust or The National Trust for Scotland.’

He served as the member of Parliament for Kinross-shire from 1768 to 1774.