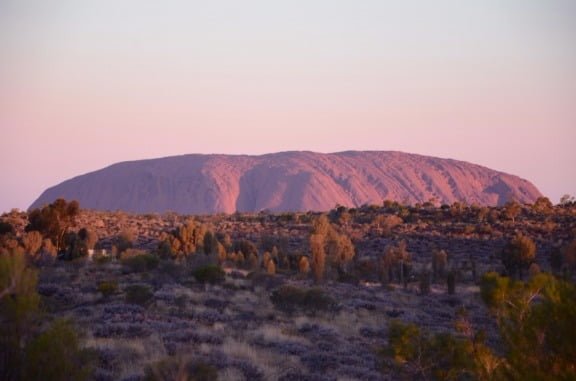 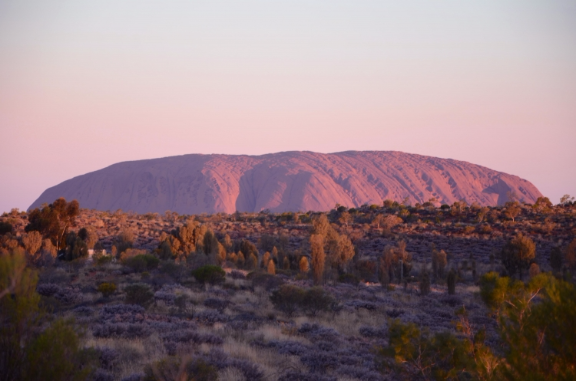 The heart of Australia

For a Freemason to have a small town named after him would be seen as an honour. That another Freemason should erase that name from the map, and replace it with the name of a lady, seems bizarre. Yet that is exactly what happened to a young Scotsman – John McDouall Stuart, an acclaimed explorer whom most Britons have never heard of, but whose feats are recognised by the Royal Geographical Society (RGS) in London.

As the British Empire expanded during the 19th century, so the new colonies, and the prospect of finding fame and fortune, attracted many British men. Some were Freemasons before they left, others joined on their return or were initiated in the territories that afforded them protection.

John McDouall Stuart was born in September 1815 at Dysart, Fife. Both his parents died when he was still in his early teens. His brothers and sisters were placed in the care of family members, but Stuart was sent to the Scottish Naval and Military Academy where he studied civil engineering. In 1834, when he was 20, Parliament passed the South Australian Colonisation Act with the objective of establishing a colony for free settlers – unlike New South Wales (Botany Bay) and Van Diemen’s Land (Tasmania), which had been penal colonies.

South Australian Freemasonry pre-dates the 1834 Act, however. A group of men had petitioned the United Grand Lodge of England for a lodge that would be based in the new colony. This lodge was warranted the South Australian Lodge of Friendship, No. 613, and in order to initiate new members, met twice in London before the first ships sailed.

Stuart arrived in the new colony in 1839. The fledgling town of Adelaide was just two years old, and had barely progressed beyond canvas tents and huts. His surveying knowledge was put to good use by the authorities and settlers, anxious to secure the boundaries of land allocated to them.

Soon after Stuart’s arrival, a new Surveyor-General, Captain Charles Sturt, was appointed to the colony, a man 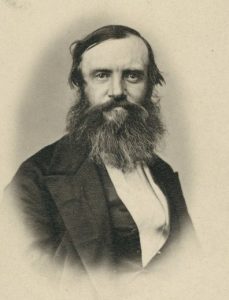 already acknowledged as an explorer. He had identified that land in South Australia was good for settlement and his report became the driving force behind the 1834 Act. Stuart came to the attention of the captain, who appointed him as draughtsman on an expedition to the centre of the continent.

Captain Sturt hoped to be the first European to plant a flag at Australia’s geographical centre.

He came close to achieving his objective but the harsh conditions experienced over nearly 18 months in unexplored territory forced a return to Adelaide.

Both men had become ill with scurvy and it took nearly a year for the Scotsman to recover. His health broken, Sturt returned to England but nevertheless commended Stuart for the quality of the maps he had produced. Over the next few years Stuart threw himself into survey work and searching for minerals.

In 1858 Stuart set out on a short expedition. He mapped some 40,000 square miles of previously uncharted territory and was granted 1,000 square miles of it. Two further expeditions followed, pushing further north each time. On the third one he reached what he calculated to be the centre of Australia, in April 1860. Nearby is a hill he named Mount Sturt, where he planted a flag in the captain’s honour. It was later renamed Central Mount Stuart.

Stuart and his companions pressed on for a further 300 miles before being forced back to Adelaide. In recognition, the proceedings of the RGS of 27 May 1861 state: ‘…and the Patron’s Gold Medal to the Duke of Newcastle, on behalf of John McDouall Stuart, for his explorations in the interior of Australia…’

The South Australian Government offered a reward of £2,000 for the first man to cross the country from south to north. Stuart departed with a group in January 1861, but events conspired against them and the party was forced to return to Adelaide.

‘During one expedition Stuart claimed he recognised a masonic greeting when he encountered a party of Aboriginal people.’

In October 1861 Stuart set out again. Nine months later he arrived at a beach on the Indian Ocean, just east of where Darwin now stands. He carved his initials in a tree as a record of his arrival. He and his companions had been the first Europeans to cross the continent, south to north, a distance of some 1,900 miles. His health in tatters, and nearly blind, he arrived back in Adelaide in December 1862.

Just before he embarked on these expeditions, Stuart was initiated into Lodge of Truth, No. 933, English Constitution. During one of his expeditions Stuart claimed he recognised a masonic greeting when he encountered a party of Aboriginal people in northern Australia. In one of his journals, he noted:

‘I endeavoured to get information as to the next water, but we could not understand each other … Having conferred with his sons, he turned around and surprised me by giving one of the masonic signs. … I looked at him steadily. He repeated it … I then returned it, which seemed to please him very much, the old man patting me on the shoulder and stroking down my beard…’

The effect of the expeditions had damaged Stuart’s health and in March 1864 he returned to England.

In November of that year he presented a paper to the RGS. The proceedings note: ‘The President recalled the attention of the Society to the great achievements of Mr McDouall Stuart … the only man who had traversed Australia, from south to north, a feat for which he had received the highest honour in the power of the Society to confer.’

When the tree into which Stuart had carved his initials was rediscovered, a section was fashioned into a set of masonic gavels. These, along with his Grand Lodge Certificate and Master Mason apron, are on display in the museum of the Grand Lodge of South Australia and Northern Territory, Adelaide.

From Stuart’s expeditions an overland route for a telegraph line was identified. A permanent waterhole called Alice Springs became the site for a repeater station, around which a town formed called Stuart. In 1933 Governor-General Sir Isaac Isaacs, who was also a Freemason, changed the name of the settlement and it became a town called Alice Springs. However, Stuart Highway remains, and closely follows the same route explored by the Scotsman.

John McDouall Stuart died in June 1866 at the age of 50 and is buried in Kensal Green cemetery, London. He is now regarded as Australia’s greatest inland explorer.