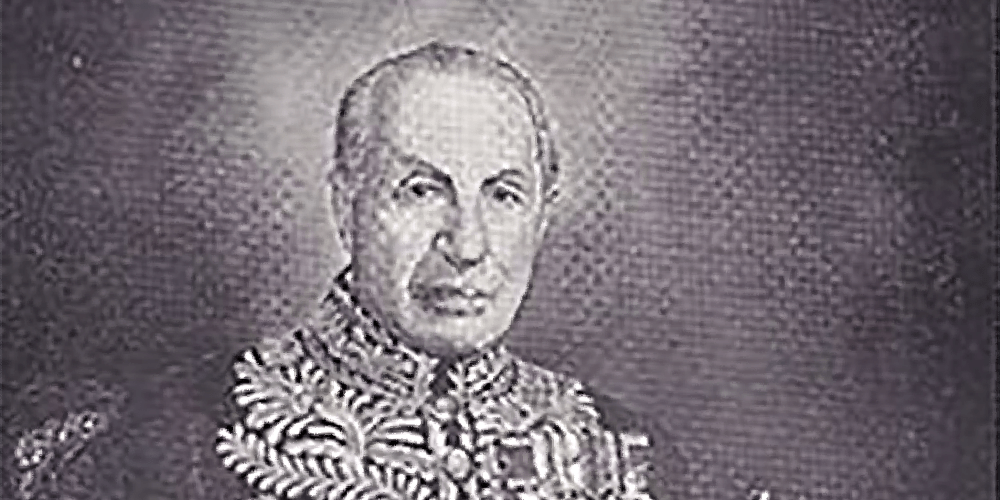 John Keiller MacKay was a Freemason, Canadian soldier and politician.

MacKay was born on July 11th, 1888 in the village of Plainfield, Pictou County, Nova Scotia. He was educated at the Pictou Academy before going on to the Royal Military College where he graduated in 1909. He went on to Saint Francis Xavier University where he received a Bachelor of Arts in 1912. Finally he graduated from Dalhousie University in 1922 where he received a Bachelor of Laws.

During World War I, MacKay served in the 6th Brigade, Canadian Field Artillery. This was a non-permanent Active Militia in the Canadian Army. MacKay would go on to command the unit, eventually climbing in rank to lieutenant colonel. During the war he was mentioned in dispatches, which means he was mentioned by name performing a meritorious act during war time. He was also wounded twice. In 1916 he won the Distinguished Service Order at the battle of Somme. After the war he left the service, he remained closely tied with the military when he was involved in forming the Royal Canadian Legion. He was the first national vice chairman in 1925.

In 1922, after graduating from Dalhousie University, MacKay was called to the Nova Scotia Bar. In 1923 he was called to the Ontario Bar. In the field of law he was a senior partner in a law firm in Toronto where he specialized in criminal law. He was appointed a King’s Counsel in 1933. He was appointed to the Supreme Court of Ontario in 1935 and the Ontario Court of Appeal in 1950.

In 1957, MacKay became the Lieutenant Governor of Ontario. He served until 1963. When MacKay came into office an annual social event called the New Year’s Day Levee was closed to the general public. MacKay changed that opening the event to the public. A quote from MacKay, that was not about the event, perhaps explains why “The state is made for the individual, not the individual for the state.”