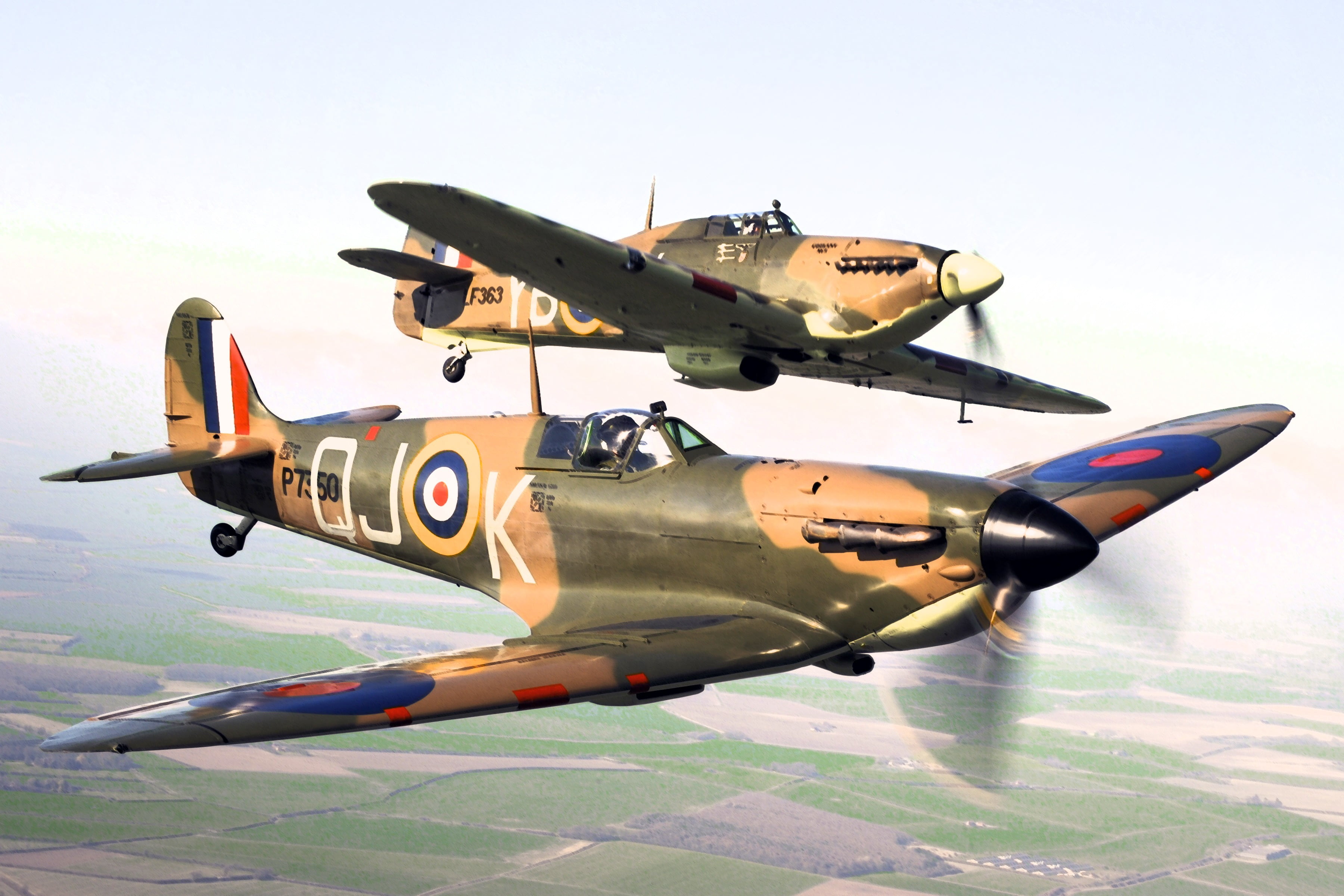 The word ‘genius’, like many in the English language, has become much over used in recent years and in consequence greatly devalued. There are, however, few men who more richly deserve this description than the ‘Forgotten Hero’ Reginald Joseph Mitchell.

In so far as the general public recognises his name, Reginald (RJ) Mitchell is forever linked as the designer of the iconoclastic Spitfire fighter plane. His achievements, however, were so much more.

Within Freemasonry, even fewer will know of his membership of the Craft from aged 26 until his tragically early death aged 42.

Mitchell was born in 1895 at Longton, Stoke-on-Trent, one of five children. His father was a Yorkshire teacher who later owned a significant printing company in the area. Mitchell senior was himself a Freemason and the founding organist and later Master in 1923 of Jasper Lodge No. 3934 meeting (as it still does) at Hanley, Stoke-on-Trent. It was into this Lodge, on Friday, 13th May 1921, that R J Mitchell was initiated as a Lewis.

Mitchell’s education and early years gave little indication of what was to come. There is anecdotal evidence that as a youngster he was already fascinated by the new invention called the airplane (it should be remembered that it was only in 1903 that the Wright Brothers achieved powered flight and several more years before any working airplane flew over Britain).

Otherwise his education was unremarkable. He was clearly bright, and a competent athlete but, as is so often the case, little to mark him out at that stage of his life. Indeed, at his father’s insistence, Mitchell was apprenticed at 16 to a local electrical engineering company, a job he apparently hated. He also attended night school, where he later taught for a time.

It must have come as a bolt from the blue when, having applied for and secured a job in faraway Southampton with the small Supermarine company, he told his family of his immediate move to take up the appointment.

The company he joined was a modest part of the newly-created British aviation industry, and at the time Supermarine specialised in building seaplanes. Such planes had many advantages during this period, not least the ease of finding somewhere to land!

It was at Supermarine that R J Mitchell did all his work as an aircraft designer. When the company was absorbed into the Vickers industrial empire in 1928, Mitchell was made a director, and his financial was situation enhanced considerably. 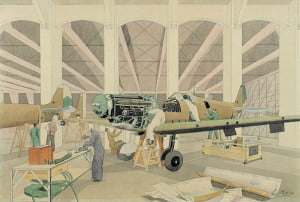 In moving to Southampton in 1916, Mitchell had left behind Florence Dayson, a headmistress whom he had married in 1918 in Stoke and who moved with him to Bullar Road, Southampton.

By 1920, Mitchell had become chief designer and chief engineer of Supermarine, and he was still only 25 years old. He set about creating his close-knit design team of whom he was fiercely proud and protective. He could be direct, short-tempered, even brutal, and he was without doubt single-minded.

He was possessed of good looks, a ready smile for friends and a keen sense of humour. This was in contrast, in public at least, to the fact that he had a slight stammer and a shy demeanour. He was generous and warm to his team, but possessed of a fierce intolerance for those who did not meet his exacting standards.

Brother Mitchell was proposed into Jasper Lodge 3934 in 1921 not by his father, but by Bro. Good, the Senior Warden and W Bro. Story, the Immediate Past Master.

He was described as ‘chief aviation engineer of Avenue Road, Itchin, Southampton.’ His father, as Junior Warden, delivered the Charge on the night and there were a large number of visitors present, including seven from Bro Mitchell’s old school Lodge, Hanliensian No. 3935, which meets at Shelton, Stoke-on-Trent.

Bro Mitchell attended on a regular basis to begin with, but those attendances fell away in direct proportion to his commitments with Supermarine many miles away at Southampton.

Between 1920 and 1936 he designed 24 different aircraft ranging from light aircraft and fighters to huge flying boats and bombers – a remarkable output during a 16-year period.

When Vickers took over Supermarine in 1928 they tried to get Mitchell to work with one of their own top designers, but he would leave the room when the other designer turned up. Vickers gave way and let the Supermarine design team carry on as before. Their own designer went back to Vickers proper. His name? Barnes Wallis – inventor of the famous Dam Busters bouncing bomb and the Wellington bomber.

Through the 1920s and 1930s he led his design team in creating a succession of ground-breaking aircraft. He achieved great national prominence as the chief designer of the aircraft which succeeded in winning the massively prestigious Schneider Trophy speed races for nations on three succeeding occasions, thereby retaining that Trophy for Britain.

He also took numerous airspeed records in this period. During these few short years the aircraft had moved from a bi-plane contrivance made of wood canvas and wire into the sleek mono-hulled, steel-bodied machine we now recognise, and which evolved ultimately into the Spitfire design.

The naming of the new aeroplane was carried out by the directors of Supermarine, who for a time were considering calling it “The Shrew”. However, the decision was finally taken to keep the name given originally to the Type 224 – the Spitfire. Mitchell’s sister-in-law Elsie recalls him saying: “Bloody silly sort of a name.”

In 1932 Mitchell was awarded the CBE for his outstanding work. In 1933 he was diagnosed with cancer of the rectum and in August that year he had a colostomy bag strapped to his side. He was a shining example to cancer sufferers of how you can carry on without fear of embarrassment or indignity.

In 1936 Mitchell was again diagnosed to have cancer and in February 1937 went into a London hospital but was home soon afterwards. Mitchell had to give up work, but watched the Spitfire test flights at Eastleigh airfield from his car when he should have been at home resting.

He flew to Vienna for treatment in April 1937 but returned to England at the end of May.

During the last months of his life he would sit in his garden, admire the flowers and listen to the birds singing. He died of cancer on 11 June 1937 aged 42. Responsibility for the development of the Spitfire fell to ‘Joe’ Smith, who had been Supermarine’s chief draughtsman for many years.

The era of the monoplane piston-engined fighter lasted only about 15 years from around 1935 to 1950. The Spitfire was unique in that it was the only aircraft to span this whole period and stay supreme. This was the true mark of Mitchell’s genius.

Thanks primarily to Mitchell’s genius, Britain was able to give to its heroic young pilots a fighting plane which was the equal, or better, of anything then available in the world. Indeed, so good was this airframe, that it remained in service until 1963, and even achieved latterly a speed of 680mph, which was almost twice that of the original version. It was arguably the greatest machine ever designed both in form and function. He was never to know the Spitfire’s success.

Brother Mitchell resigned from Jasper Lodge in February 1934, citing his inability to attend regularly. He did, however, join Lodge of Concord No. 4910 in Southampton in September 1931. His last attendance there is recorded as being in January 1936. That Lodge clearly kept in contact thereafter with Bro Mitchell.

During his last years, Mitchell was involved in the design of the Supermarine b12/36 bomber, the r1/36 fast flying boat and the .37/35 four-cannon fighter. In 1942 a film was made of Mitchell’s life called The First of the Few, starring Leslie Howard as the designer.

One is left simply to speculate what this extraordinary genius could have gone on to achieve had the Great Architect granted him longer life. Freemasonry in general has reason to be proud indeed of its association with such a Brother. 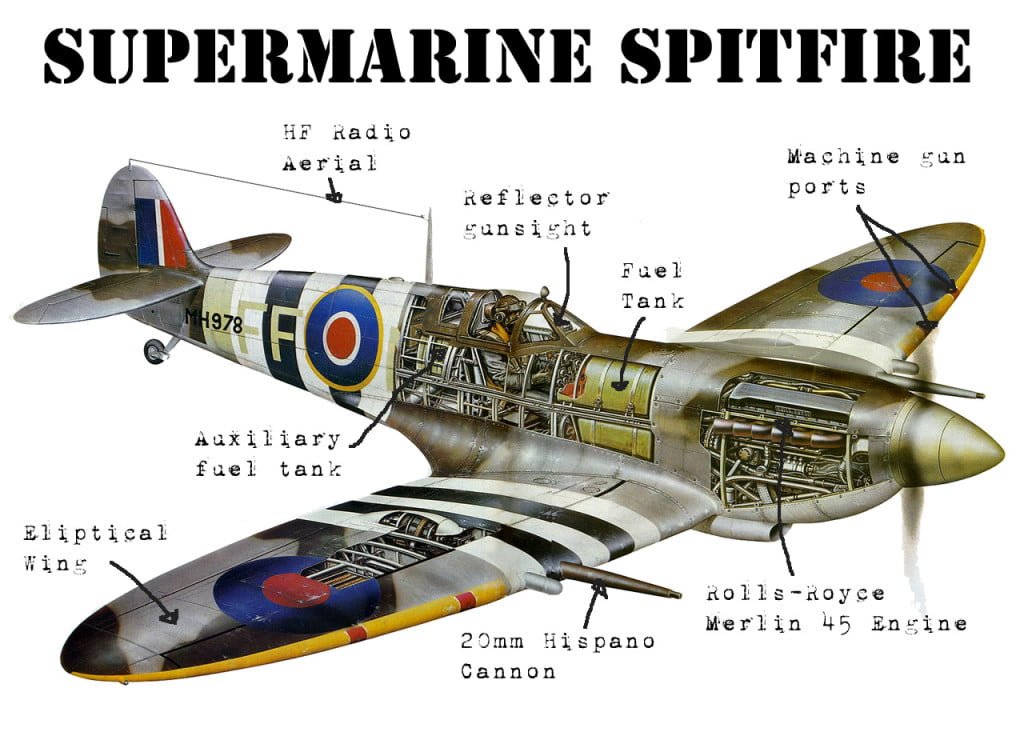