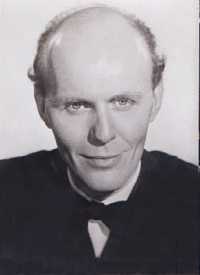 David Nixon started his career on television in the early ’50s performing magic illusions for both adults and children. After the war, he had toured the halls and appeared in the famous Fol-de-Rols concert party at Scarborough and in London’s West End.

He built all his own tricks at home and had many of his own television series over the years, which sometimes included some special TV effects. One such effect was a “small” lady who stood on his hand and with whom he had conversations.

David Nixon went on to become a major television personality and appeared in ‘What’s My Line’, One of his later series also introduced Basil Brush to TV for the first time.