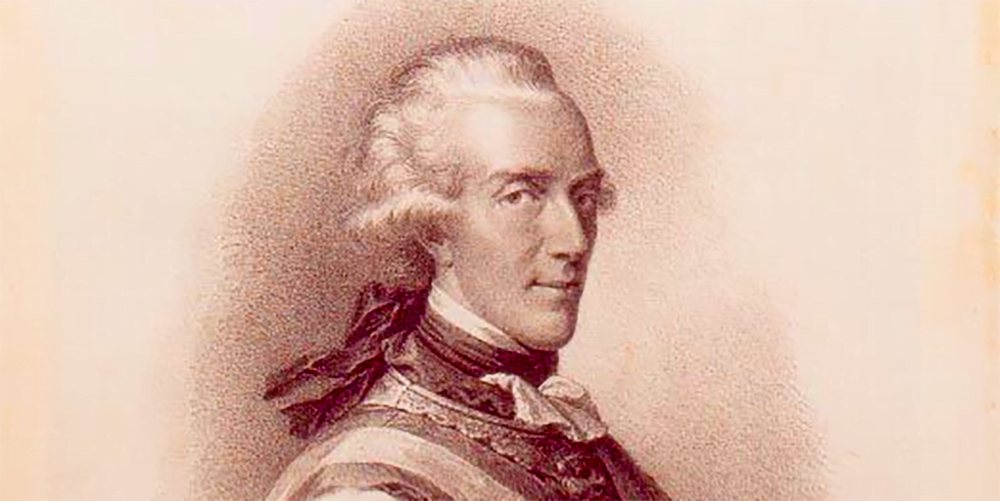 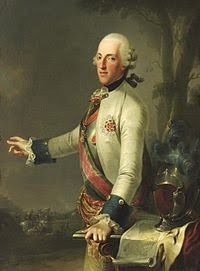 Albert Casimir, Duke of Teschen was a Freemason and German prince.

Casimir was born on July 11th, 1738 in the Electorate of Saxony. which was a state of the Holy Roman Empire. He was the youngest son of King Augustus III of Poland.

From a young age Casimir was betrothed to Archduchess Maria Christina of Austria. Her father Francis I was the Holy Roman Emperor. Although marriages of the imperial children were often used for political purposes, Maria Christina’s mother asked that Caismir and Maria Christina be wed. The wedding had to wait until Maria Christina’s father passed away. The couples wedding decorations were all black since the wedding took place during the mourning periord for the bride’s father in late 1765. The couple had only one child who passed away in infancy.

In 1765, Casimir became the royal Governor of Hungary, serving until 1781. During this same time he became governor of the Austrian Netherland. He made his seat of power in Brussels and there built Laeken palace which is the present day residence of the Belgian royal family. It was in Brussels that Casimir began assembling a vast collection of art. He was able to take much of his collection with him when the he and his wife fled Brussels due to the French Revolution and Casimir defeat at the battle of Jemapps. The couple returned to Vienna, where Maria Christina was from. One of the ships carrying Casimir art collection sank en route. The ship contained close to one third of his collection.

When the Casimir and his wife arrived in Vienna the Hofburg was expanded to accomodate the couple. Today that section is called the Albertina, the largest and most important print rooms in the world with approximately 65,000 drawings and approximately 1 million old master prints, as well as more modern graphic works, photographs and architectural drawings.

In 1798, Maria Christina passed away from typhus. Casimir buried himself in his art collection until the day he passed away. He bequeathed his entire collection to his wife’s nephew and the couples adopted son, Archduke Charles of Austria.