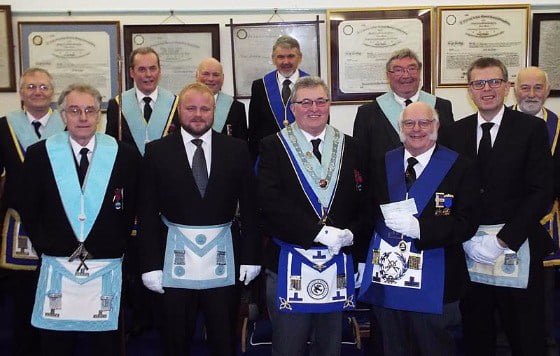 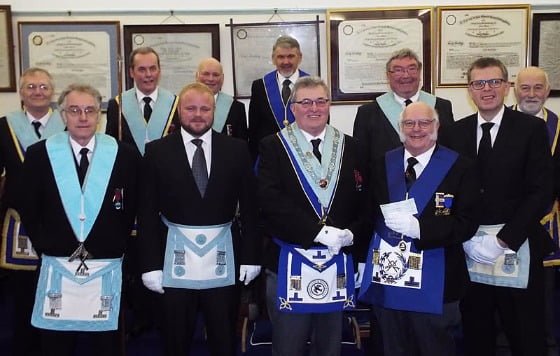 At January’s meeting of Greta Lodge 1073 at Keswick, Brother McMullen was raised to the Sublime Degree of a Master Mason which was performed in a splendid and relaxing manner, with the ritual being shared between the WM Worshipful Brother Isaac Miller and W. Bros Tyson and Ward.

W. Bro. David Kellet PAGDC attended the meeting to receive a cheque on behalf of the MTSFC that had been raised by the WM at his Ladies Festival.

At the Festival, a raffle was taken specifically for the MTSFC and raised £150, however an attending non-Masonic guest was so impressed with the charity’s work that he immediately donated £50 so making the total donation £200, a wonderful gesture.

The photo shows some of the officers of Greta Lodge and W. Bro. Kellet accepting a cheque from the WM.