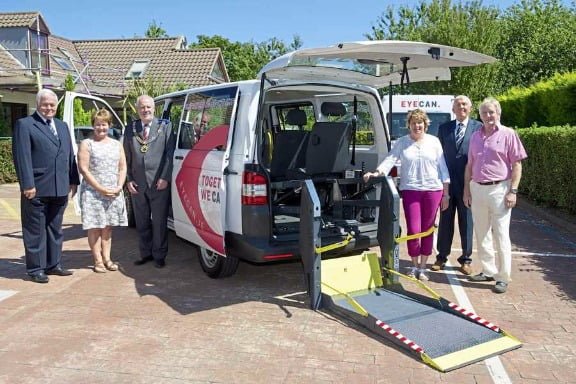 Wheelchair minibus eases the way ahead for sight-impaired Islanders

A CHARITY which supports Jersey Islanders with sight difficulties has acquired a new wheelchair-accessible minibus.

EYECAN recently received the new vehicle, which will be able to transport two wheelchair users as well as two able-bodied sight-impaired people at any one time.

The charity, which has 500 local members, received a considerable contribution towards the £26,000 cost of the vehicle from the Freemasons, with the remainder of the money raised through fundraising.

The charity was formed as the Jersey Blind Society in 1986, but changed its name to EYECAN last October and the minibus was adapted in the UK by the company Lewis Reed to make it wheelchair-friendly.